Today we are giving you the world premier of a hot new track by Decatur-based solo artist, Marble Teeth. Right here on our site. The new song is called “Lonerisnt” and you can find it streaming on the player below. Also head over to the Marble Teeth bandcamp page if you would like to download the song at your own price.

Marble Teeth played at The CFP house venue here in town for their most recent show last month. He does not have any shows in Springfield lined up that we know of right now, but keep your eyes and ears peeled. Marble Teeth released his latest album Cars last year.

Today… keeping up with our ongoing roll of new Springfield local music we are excited to be bringing you this *exclusive* brand new two-track release from a new project that evolved from Kate Laine’s solo material – Kate The Band. Kate The Band has just dropped two hot new tracks – “Wine & Dine” and “Starry Eyes” and you can find them both streaming on the player embedded below. Head over to the Kate The Band bandcamp page to purchase the download of the songs.

Kate Laine will be going on a solo tour herself starting… tonight! Tonight in St. Louis at Foam is the first of a seven day stretch along with Jordan Collins from Washington! Amazing! The last day of the stretch is happening one week from today at our spot, (June 19th). Be sure to check out more info on that show right here and come out!

Kate released Recurring Dream as a debut album under her solo project in 2017. We’ll also be adding this two-track release to our Springfield album archive (number 444)! 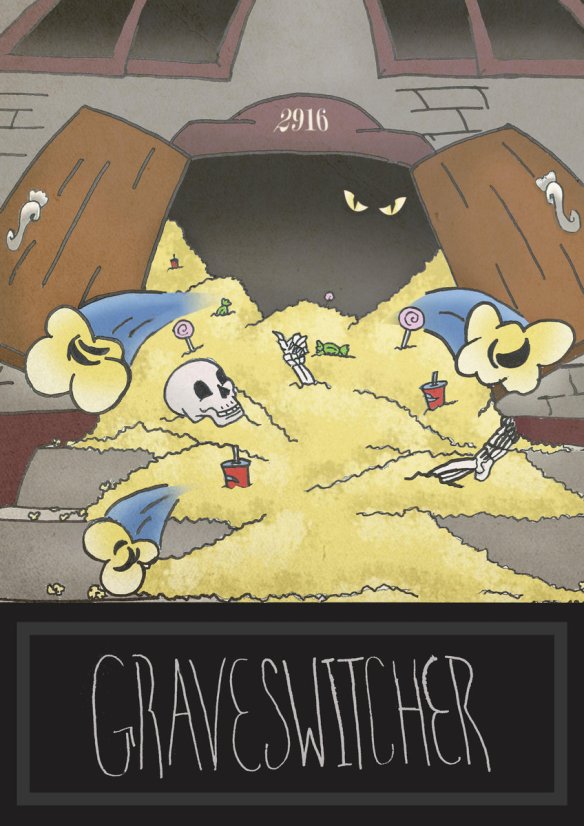 Today we are happy to bring you the debut demo of a new Springfield band that has not yet even played their first show called “Graveswitcher”. You can check out their new six-song self titled demo on the player below. Also head over to the band’s bandcamp page to download the release at your own price. The band features members of countless other Springfield bands including Moondead, Soap Scum, Livin’ Thing, Bottom Bracket, Prowess, Looming, and more.

Graveswitcher does have one show currently lined up in Springfield and that is one coming up on Monday, March 26th at Springfield house basement venue “CFP.” More info on that can be found right here.

Surprise, are you ready for a hot exclusive stream on this here site today? Well wether you like it or not, you are getting a debut stream of the full new Livin’ Thing 7″ record, The Godhead EP right on our very site. Check out all four tracks including three originals and one cover(?) on that player embedded below.

The official Livin’ Thing 7″ release show is happening at Black Sheep on Sunday, November 19th along with bands Substance, Spell Breaker, and Undone. The record is being released by Rat King Records and will also be available for sale at Dumb Records after the release show on Sunday. Enjoy!

After our doing our *exclusive* full album stream of Looming’s new album Seed this past week, we want to make sure we keep that *exclusive* content coming in hot on our website right here. Today we bring you a brand new exclusive track from Springfield solo artist Kate Laine. This is a brand new song called “Folding” – which comes from a new album Kate has coming out on October 14th called Recurring Dream (artwork pictured above). The album was recorded here in Southtown at Southtown Sound. This track also features Mario Cannamela (Bottom Bracket, Livin’ Thing) on guitar.

Kate will be performing two shows in the area to coincide with the album’s release. One of which is on Saturday, October 14th in Curran, Illinois at Trails End. The other is on Friday, October 20th at Bar None. The album will also be available on CD at Dumb Records starting October 14th.

Today we are beyond excited to host the full album stream for Looming‘s new album Seed on our site. Check out Seed in its entirety on the player below.

Seed is the band’s follow up to 2015’s Nailbiter, both released by No Sleep Records. It has now been roughly four years since the band started here in Springfield in 2013. We got the chance to reflect a little bit on things with Jess, Mitch, and Brandon in the band.

I mean we basically started this band as a fun little local project that specifically wouldn’t tour. But when you have a community that’s as supportive as Black Sheep, you can’t help but go as far as you can, knowing that you have people who really believe in you. -Mitch Baker, guitar

With the writing and recording process for Seed, the band had to take a much different approach than with Nailbiter which was recorded by Brandon Carnes when Southtown Studio was in operation behind Black Sheep.

The writing process was really new to us because we had just moved to different parts of the country so it relied heavily on google docs and videos and demos. I would take the demos sent over and use a rock band USB microphone to record myself over them in my little apartment in Austin then email them back to Pittsburgh and we just did that until we had a record and finished the rest in the studio. – Jessica Knight, vocals/bass

Brandon talks about each of the band members coming out to Pittsburg one by one to record their parts for the new album. “It wasn’t until after the record was finished that we even played the songs together as a full band.” Jess says that the album itself has a theme of change and growth, which stems from some of them (herself and Brandon), leaving their hometown here in Springfield. With this album the band also brought in Nick DeMarco in on guitar. With Seed being released, the band is gearing up for their big release show at Black Sheep on Monday with Screaming Females, and a tour that will span nearly the entire month of October.

I personally feel really excited to play this show at Black Sheep and with Screaming Females because it really feels like everything has come full circle and we get to be back with our community. Every time we do this we know it is right because this is where our support system is. I’m just stoked that Screaming Females is coming back to town because they truly are one of my favorite bands. I would drive the distance and buy myself a ticket to see them, and here they are in my own backyard. – Jessica

Looking back on Looming’s four years as a band which now includes an EP and two full length albums, some slight member changes, members moving, multiple tours, and multiple tour vans, it certainly has been a wild ride for them.

When we started this band, we had no idea the impact it would have on our lives. We had no idea how many incredible people these songs would help us meet. The long drives. The van arguments that you look back and laugh at. The van accident. The outpouring of support from friends and strangers that helped us when the accident happened. Signing to a rad record label. You can’t plan for any of that. This band has absolutely transformed us, but still when we get together and practice it feels just like it did in the basement on 7th Street. – Brandon

The band has announced all of the dates for their record release tour spanning throughout most of the month of October. You can find all of those dates listed on the band’s facebook page right here.

Looming’s official album release show is this Monday, October 2nd at Black Sheep along with Screaming Females, Street Eaters, and Choir Vandals. There are still a few days left to purchase tickets in advance! You can get tickets online right here, or also at Dumb Records during the day. Find a facebook event for that one right here.

The Timmys, a classic Springfield punk installment, is releasing a new full length album this month. The guys graciously allowed us to host an exclusive stream of the tune “With Head In Hands” off the upcoming “Sangamon County Minefield.”

All of this and more going out on the online store, see you out there on the online web.
Record of the Night (3-10-20): Toto - Isolation
Again... another round of stuff... most of this is all up on our discogs page, we’ll write you a stupid note if you order any of it. Currently 18 orders behind. https://www.discogs.com/seller/dumbrecords/profile
Here we go! New Friday new new records! We can do curb-side pickup or delivery! You let us know!
New arrivals for the day... but think of this as new arrivals added to our Discogs online store. We will ship, or deliver, or arrange a curbside pickup.
Dumbrecords.storenvy.com just got a fresh run of shirts and online store is re-launched! Thank you for any support in this time! Thanks to @milestshirtsdotcom for printing these!