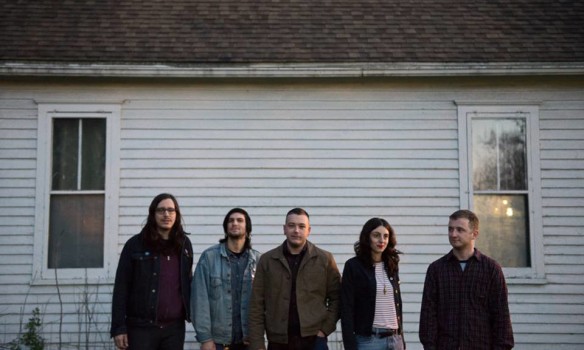 Our Lady started in early 2010, Became serious and developed around late 2011 with the release of “Scales” and a month long tour in November.

The five piece describe themselves as post everything, and there is no genre more fitting. Starting out as a post hardcore/screamo band, over multiple releases their only constant has been their evolution, adding elements of folk, indie rock, and post rock along the way without ever losing their identity.

On the band’s forthcoming offering, Lure, they have stripped down their sound to the bare bones, removing almost all of the heavy elements of previous releases and poured out their most personal and heartfelt record to date. On no track is this more evident than the record’s first single “The Fox,” which Ghettoblaster has the pleasure of premiering today. Every note spills emotion, every word overflows with despair. Lure will be released on August 19 on vinyl/cd/digital.