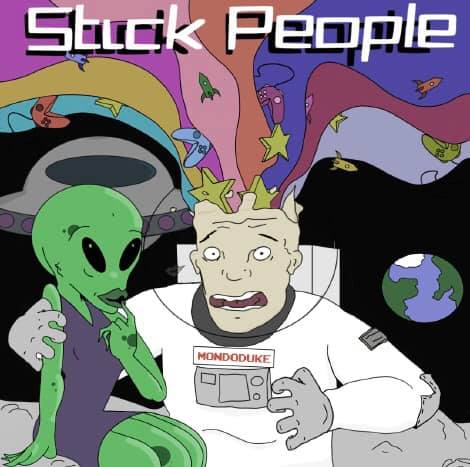 Wow! It looks like somehow we weren’t paying attention and Taylorville-based alternative rock group Stick People have dropped a brand new ten-track full length album! That album is called Mondoduke and it is the band’s first propper full length, after they released their Lips EP all the way back in 2017 now. You can find Mondoduke streaming on the player below, also find it on Spotify right here or on Apple Music right here. You can also purchase the download of the album on bandcamp right here. This album was recorded and mixed by Kevin Carman who is also a new addition to the band since their previous release.

Stick People don’t have any shows lined up because we still live in a world where shows can’t happen yet!