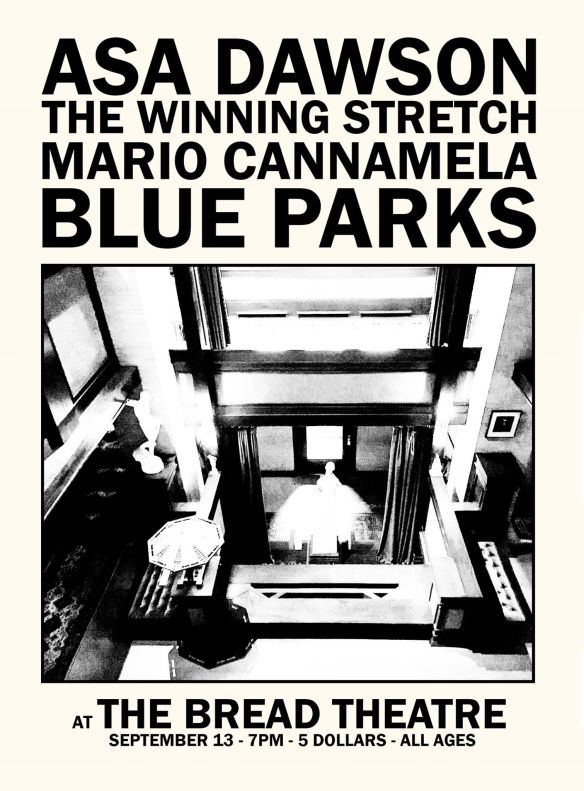 Here’s a show coming up here really quick!! Like in two weeks even! On Friday, September 13th. “The The Bread Theatre” (Very fancy). We’ve got a nice mix of solo artists on this show! At the top of the bill is Asa Dawson. Who’s that? He used to be in popular indie rock band from Springfield in the 2000’s called The Junior Varsity! Another blast from the past on this show from those of you who may have been around for some early Black Sheep days is The Winning Stretch, which is nowadays the duo of married couple Josh and Laura Kuhl (pronounced like “cool”). Before that is a solo set by Mario Cannamela. Opening things up looks like is Blue Parks!

What a nice, relaxing, indie rock / acoustic show. Starting at 7:00 pm and admission is $5. Check out a facebook event for this one right here. Also be sure to check out our shows page which we just updated!