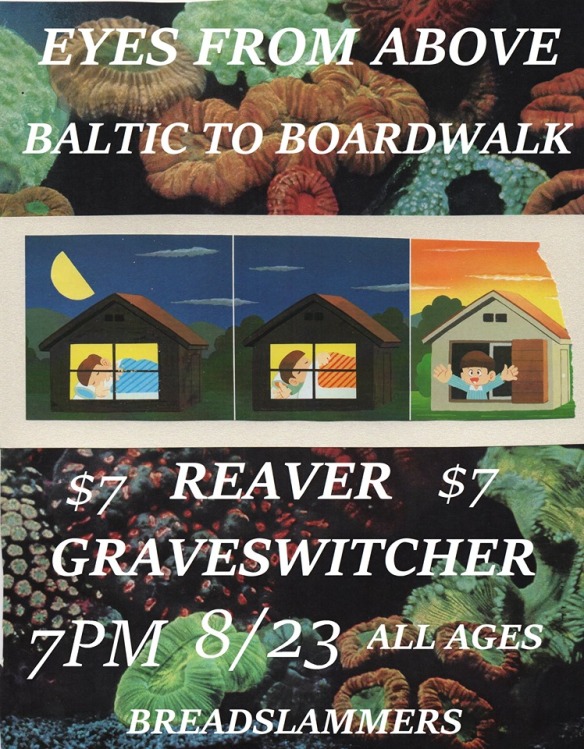 It’s the weekend and we just so happen to have two shows lined up these next two nights! Tonight! We have a mixed genre show of sorts going on. Looks like we’ve got the first metal band lined up in the new space(?), with Eyes From Above from in and around the area. Nice. The touring band on this show is Baltic To Boardwalk from Fargo, North Dakota, which is actually a band that has played Black Sheep some years ago. Stream some of Baltic To Boardwalk’s music on the player below. We’ve also got the Alton, Illinois emo group Reaver playing at the new spot for the first time (they had played Black Sheep a good number of times as well). Opening things up is hard and nasty hardcore group from right here in Springfield, Graveswitcher.

This show kicks off at 7:00 pm and it’s another $7 show. Check out a facebook event for this one right here. Also be sure to check out our shows page for a nice look at what else is coming up at Dump Records in the near future.