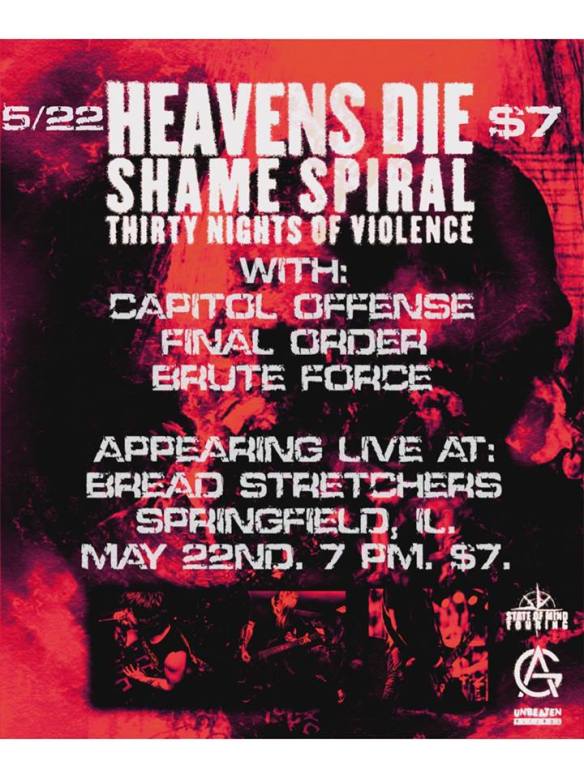 Onward with more show announcements for shows at Bread Stretchers! Looks like we have a big whopper of a hardcore show happening there on Wednesday, May 22nd. Six bands on one show- three of them being a part of some big touring package. That includes “Heaven’s Die” at the top of the list, an incredibly crushing group from Shenandoah Valley, Virginia. Stream some of their music on the player below if you dare. Heaven’s Die will be on tour with Shame Spiral also from Virginia playing some powerful deathcore/metal. The third touring act on the bill is “Thirty Nights of Violence” also from Virginia. And as for the locals… we have the first time Capitol Offense from Decatur will be making an appearance at Bread Stretchers. We also have Brute Force from the St. Louis area who performed last in Springfield at one of the final Black Sheep shows. Opening things up is Final Order, who also just performed here last night.

All of this happens on May 26th starting at 7:00 pm right on the nose and admission is $7. Check out a facebook event for this one right here. Also be sure to check out our Bread Stretchers shows page for a look at what else is coming up there in the near future.