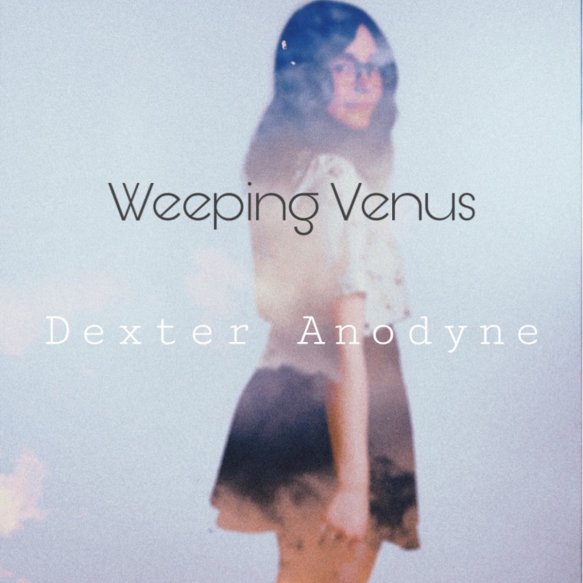 Here we are back again today with the second installment of our Best of Springfield 2019 Music Series! Today we bring you the top 10 songs that you all voted for from local bands and musicians of the past year. Again, all of these results are available all in this month’s issue of Activator Magazine, which is available for free at Dumb Records and other locations around town.

Once again, write-ups are done by different members of the Springfield music community. There were a couple we didn’t get write-ups done for, but only because there was so much for us to cover! Wow! Some of these songs you can find streaming next to the listing, but ones that we don’t have players embedded we still have the listing with a link you can click on and take you to the song.

#1. Dexter Anodyne – “The River”
This song is a great example of, not only how great of a performer Dexter is, but of how impeccable her craftsmanship is. I think my favorite part is how the song builds. Layers are brought in, building a sort of pressure feeling, that is then released when the bass drops off. The song is beautiful and the sophistication showcased here is unprecedented in Springfield.
– Ricki Marvel

#2. Vincent Sebastian – “Not Alone”
“Not Alone” is a fresh and unique composition. This is a dark, chill, psychedelic styled jam that is easy to leave on repeat. Vincent’s lyrics are catchy and can be relatable to the listener. “Not Alone” is a great example of complex simplicity and Vincent does this very well, It’s no wonder that it was nominated this year.
– Brady Gudgel (KaBass)

#3. Chance Reiniesch – “Divine”
“I think what qualifies a song as a ‘good’ song is its ability to make anyone in earshot feel like dancing and that is exactly what Chance Reiniesch has done in creating this bop. From his clever lyrics to the song’s catchy beat, you’ll be on your feet and singing along in no time. From the perspective of a fellow artist, this song is a masterpiece. The layering, vocal harmonies, and overall development make ‘Divine’ exactly that—divine.”  – Stephanie Hannel

#4. Meezy Killafield feat Mariah and Vinal Luciano – “Smile”
This track showcases two of the 217 hip-hop scene’s most talented veterans, with Meezy Killafield continuing his hot streak throughout 2019, building on the February release of Killafield Kronicles Vol. 1 and a continual stream of videos, and Vinal Luciano fresh off the release of his EP Growing Pains, along with a new rising talent, with Mariah showcasing her impressive vocal ability on a track that spreads a positive message and seeks to shine a brighter light on other people’s lives. While people tend to only see the negative, this track aimed to bring a smile to the face of anyone who’s just trying to make it in this world, with the video, shot by Twenty One Seven Studios at the Illinois State Fair, serving to bring this fantastic track to life and spread the positivity that it radiates. People say hip-hop only spreads a negative mindstate, and this track flaunts its blatant disregard for those tired expectations and outdated assumptions.

#7. Idle Oath – “Blue Chicory”
Is the Ukulele still hip? Idle Oath’s Karen Nickerson certainly clears up for me why every teen girl I know wanted one last year. Whether pining for a lost love of a gone-by summer or youth in general, her soft songbird voice and gentle plucking brings all the feels in Blue Chicory and Queen Anne’s Lace, which kicks off the album like a flower in springtime, fresh and sweet and eager to grow. The very first album offering from Karen and husband Mark Beanblossom, “Community Outreach” has caused an immediate sensation, their “outreach” has made them the scene’s newest darlings. They are everywhere and I’m not mad.
– Carol Weems (Activator Magazine)

#8. Ty Witty – “Raindrops”
Ty Witty has established himself as one of the premier voices of the Springfield music scene. The multi-talented creator delivered one of the area’s best songs with “Raindrops”. The song captures feelings of loss, depression, and healing. Opening up about his own struggles allow the listeners a chance to identify with Mr. Witty’s experiences and see them as their own.
– Aaron “Uncanny” Phillips

#9. Kate The Band – “Wine & Dine”
On ‘Wine and Dine’, Kate The Band brings a healthy dose of indie rock nostalgia. A driving rhythm section (provided by BJ Pearce and Jessica Knight) is the backbone for Kate’s swirling, reverberating vocal arrangements as the song pushes it’s way through a steady dynamic swell. The final chorus growls with distorted guitars before settling into gentle ‘oohs’, offering a glimpse of both the Kate Laine so many of us know and love and the power that a full KATE THE BAND brings to the table.
– Brandon Carnes (Looming)

#10. Kid Ziggy, Papa Luke, RJC & Kdoe2x- Double Dribble
This track is an absolute monster. If you’ve been to a Zippir Collective show, you’ll become familiar with this track, as the audience knows every word, and the considerable talent they possess is on full display. Employing a playful and ribald style, while building on the covert sexuality of the title, this track is just pure fucking fun with a chorus that features lines like “Booty soft marshmallow/I go hard, armadillo/smoking on weeping willow/two hoes double dribble.”, while everyone is going bonkers on the track, and this is a major reason this track is streaming at 150k so far on Spotify. It’s an electric track, and promises greater things to come for Kid Ziggy, Papa Luke, & RJC. Giving it all they’ve got throughout, which is practically their creed, with Kdoe2x joining in on the fun with a verse that shows why he belongs on this track, and showcasing his own lyrical skill, Double Dribble is one of 2019’s best local tracks, across genres, and if you don’t agree, the problem is you. -Ken Pacha (Hip Hop Humpday)