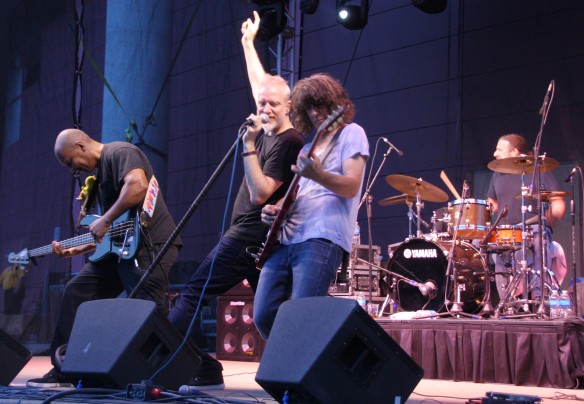 We seem to be on a streak with letting you all know what is going on in terms of summer festivals downtown and throughout Central Illinois this year, so we are going to keep that going. The lineup was just announced for a later summer festival happening here downtown – The Old Capitol Blues & BBQ Festival happening this year on Friday and Saturday August 23rd and 24th. Headlining the festival Saturday and pictured above is New York-based popular 1990s pop rock band Spin Doctors. Spin Doctors had the billboard hits “Two Princes” and “Little Miss Can’t Be Wrong” both in the 90’s. There are three acts playing Friday night and five Saturday night for the festival – the announced lineup is as follows:

You can keep up with more information when it is released such as ticket prices and set times by following the Old Capitol Blues & BBQ Fest facebook page. The festival takes place downtown right outside next to the Old Illinois State Capitol building.