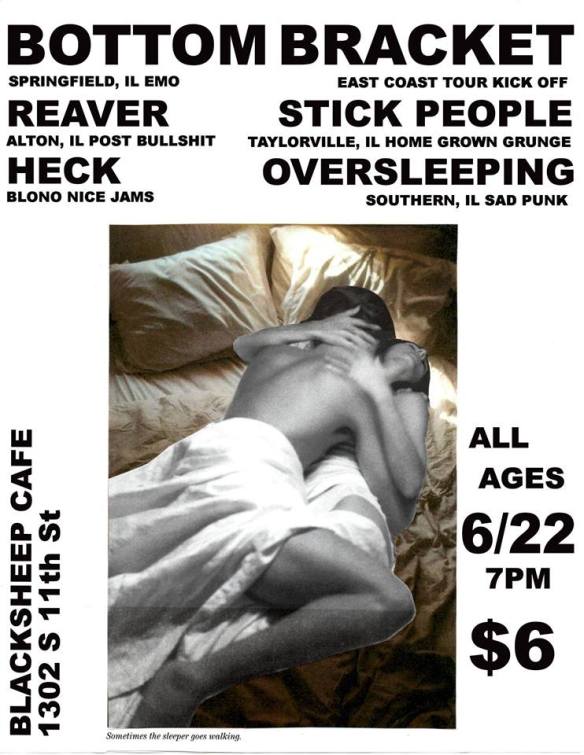 Tonight’s a night kicking off a string of three shows we have lined up in a row at Black Sheep! It is also going to be the official tour kickoff for local band Bottom Bracket as they head out to the East Coast for the next ten days or so. This show features plenty of friends of the band- including the Alton, Illinois band Reaver. Stream some of Reaver’s newest music on the player embedded below. We also have the Taylorville alternative rock band we have not seen in a minute on the bill – Stick People. How nice! At the beginning of the lineup we have a solo performance by Hannah Songer as “HECK“. The band Oversleeping has dropped from the bill since the show was announced (sorry).

All of that starts tonight at 7:00 pm. Admission for this show is $6. Find a facebook event for this one right here. Also be sure to check out our shows page for a look at what else is coming up at Black Sheep this summer.